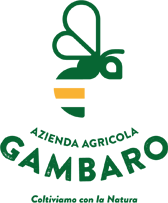 Pietro Gambaro, the company’s founder, was born in Genova in 1860. In 1885 he moved to Veneto, where, after the marriage to Rosalia Ghedin, he moved to his wife’s land in Noale. They had ten children: Giuseppe, Luigi, Mario, Ugo, Giovanni, Giulietta, Anita, Adelia, Maria and Rina. 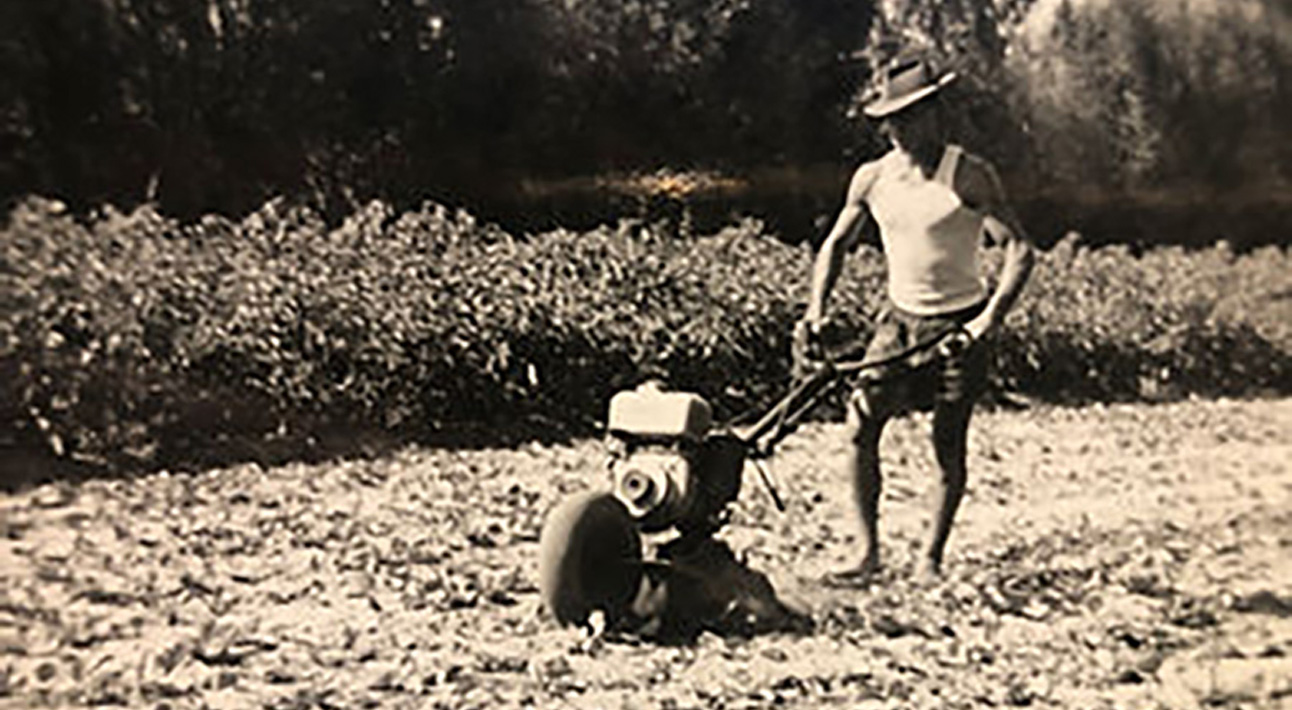 At the time, they used a sort of arched stick – called bigòlo – to shoulder big baskets full of fresh vegetables to sell door-to-door. Pietro, in order to announce himself, used to attract the attention of the homeowners, who were usually women, by calling them Parona, which means “owner” in Venetian. For this reason, Pietro Gambaro’s family was nicknamed Paroneta, an appellation that is still remembered by the elderly in Noale.

During World War I, some of Pietro’s sons had to go to war. When Giuseppe came back, in 1922, he married Rosmunda Muffato and they had ten children: Luigia, Teresa, Pietra, Antonia, Maria, Maria, Luigi, Rino, Emilia and Pietro. Giuseppe decided to continue his father’s job, producing and selling door-to-door fresh vegetables in the village. He also started to sell vegetables at the wholesale market in Mestre, where he went using a cart pulled by horses. 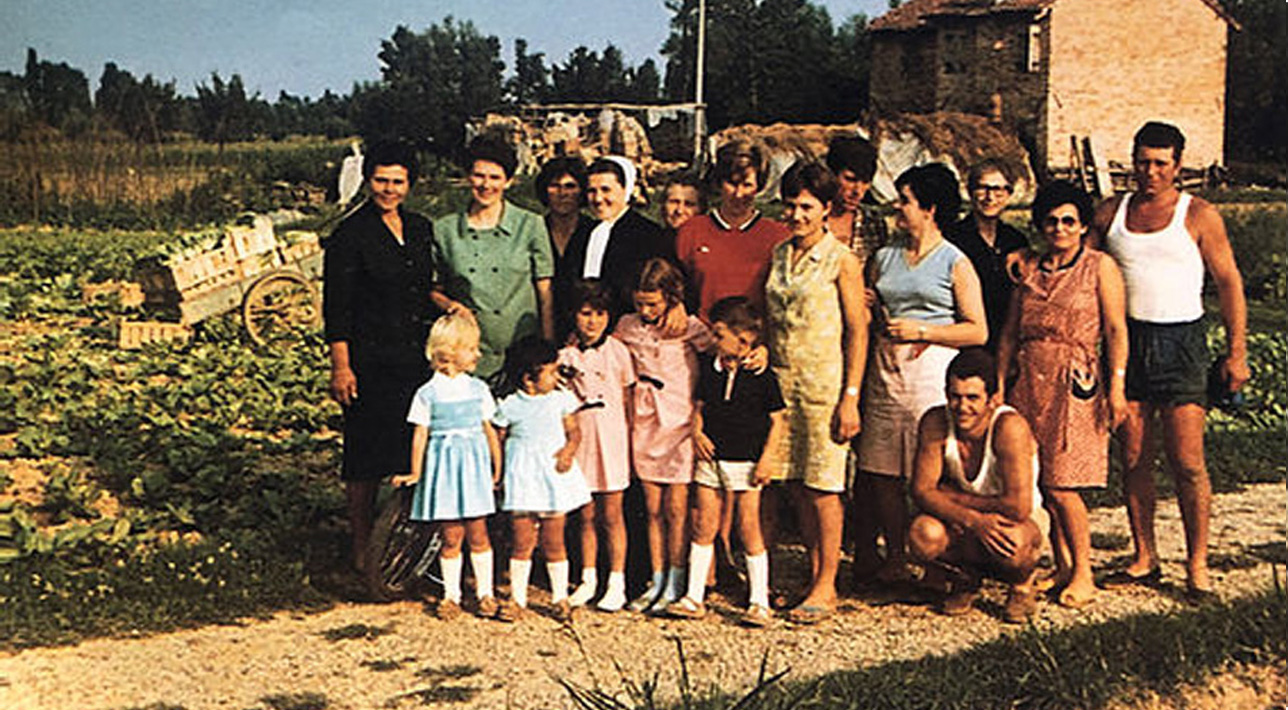 Giuseppe’s sons Luigi, Rino and Pietro took over their father’s business, expanding the sales by opening a stand at the weekly market in Noale and starting a sale at the wholesale market in Padova.

In the 70s they started to use both fixed and removable greenhouse covers, which allowed them to cultivate more products during the whole year. They were the first in the area to grow rocket in open fields and to sell it at the wholesale market in Padova. 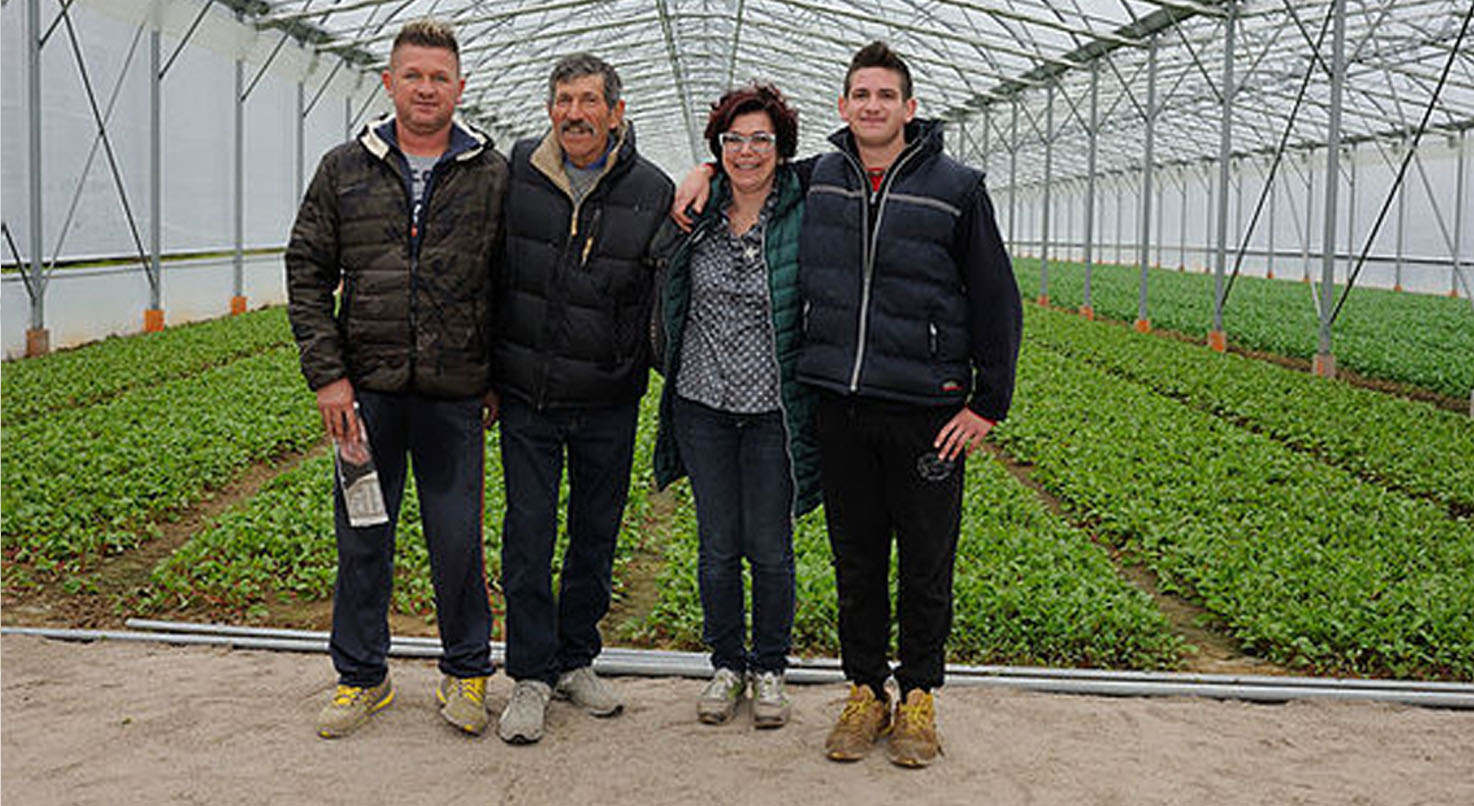 In 1998 Pietro Gambaro started running the business together with his son Paolo. His daughter Barbara started to collaborate with them too.

In 2014 Pietro handed the business over to his children, who expanded it up to more than 10 hectares of greenhouses and 8 hectares of open fields. They also added a 3000mq warehouse and six packaging machines.

Today, “Gambaro Barbara e Paolo” fresh produce business is an established company with a history of tradition, experience and passion.